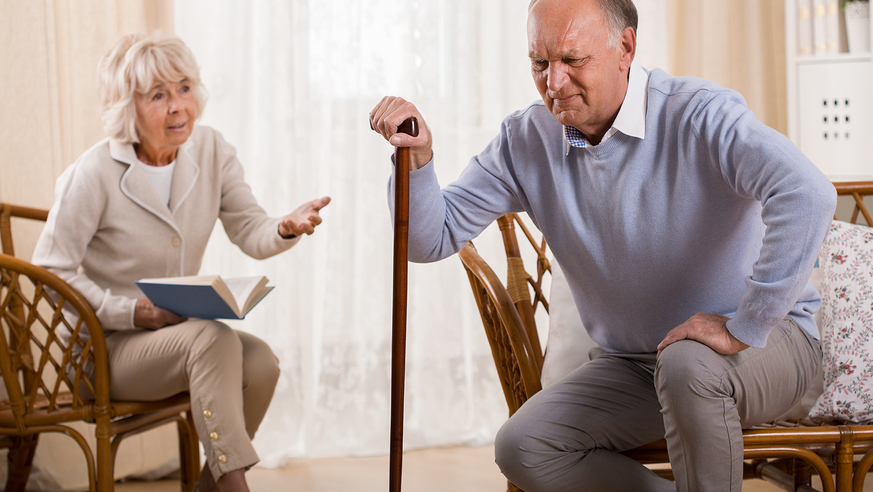 The knee joint is built for durability, which is necessary considering how much action it gets on a daily basis. But it can only withstand so much, and when pushed past its limits, the result is pain and injury. Knee pain is the second most common disorder that affects the body’s movement—behind only back pain—and it’s the leading cause of disability in older adults. But struggles with knee pain are seen across the board, with individuals of all ages and activity levels being affected by it.

The knee is the largest and one of the most complex joints in the body, and its complexity is one of the main reasons it’s so vulnerable to injury. The frequency with which it’s used also plays a significant role. The knee is a hinge joint that’s responsible for bearing weight and allowing the leg to extend and bend back and forth with minimal side-to-side motion. It primarily joins the thighbone (femur) to the shinbone (tibia), but also includes the kneecap (patella) and other lower leg bone (fibula). The patella is a small, triangle-shaped bone that sits in the front of the knee within the quadriceps muscle, and it’s lined with the thickest layer of cartilage in the body because of the massive forces it takes on.

Other important structures of the knee joint include the following:

The likelihood of experiencing different knee conditions changes with age

A variety of issues can affect any of these structures of the knees at any time, but there are certain knee conditions that are seen more frequently in different age groups. For children and adolescents, most cases of knee pain are due to traumatic injuries that typically occur in sports with lots of cutting movements like basketball, football, and soccer. Sprains of the ligaments and strains of the muscles and tendons are most common, but the meniscus, ACL, and other knee ligaments can also be torn when the force exerted on the knee is strong enough.

Many young athletes also have to contend with overuse injuries, which result from performing certain movements over and over, leading to minor damage that accumulates over time and goes on to cause inflammation, irritation, and pain. Osgood-Schlatter disease, in which the area just below the knee becomes inflamed, is a common overuse injury in adolescents involved in sports with lots of running, jumping and/or rapid changes of direction. Other overuse injuries include patellar tendinopathy (jumper’s knee), iliotibial band syndrome, and patellofemoral pain syndrome (runner’s knee).

Later in life, some knee issues are seen less often while other new ones start to emerge. Knee osteoarthritis (OA) accounts for the vast majority of knee pain in older adults, with about 45% individuals expected to deal with it at some point. The condition is so common in this older population because the knee sustains small amounts of damage from everyday use over time and due to the aging process. Knee OA usually leads to pain, stiffness, and swelling that makes it incredibly difficult to walk and move the knees normally.

The risk for traumatic injuries (eg, sprains, strains, and tears) also remains high for adults that stay active in sports and physical activities, and the risk overuse injuries tends to increase with older age because of the gradual breaking down of structures that occurs over time. Common overuse injuries of the knee—some of which were mentioned above—include the following:

In our next newsletter, we look into one of the most effective ways to reduce your risk for experiencing knee pain.