Physical Therapy Is An Effective Solution For Tennis Elbow 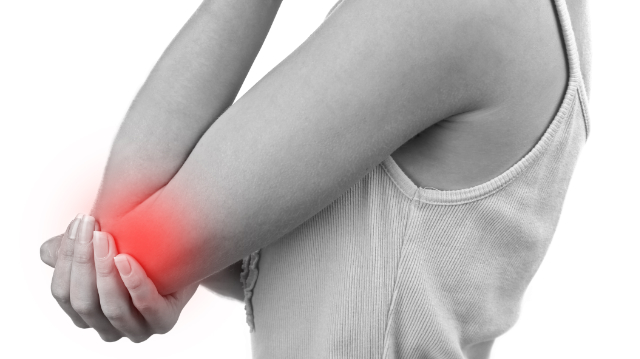 Tennis is a great form of physical activity that works out many parts of the body due to its demanding dynamics, but just like every other sport, it also comes with a risk for injury. The most common injury in the sport is called lateral epicondylitis, which is often referred to as tennis elbow.

As we explained in our first post, tennis elbow is a repetitive strain injury thatâs caused by repeatedly performing certain movements over a long period. Athletes who play tennis and other racquet sports have an elevated risk for developing tennis elbow, particularly due to the groundstroke in these sports, which directly puts a strain on the ECRB. But tennis elbow can occur in anyone who performs repeated movements that involve the elbow, such as painters, plumbers, and carpenters. When tennis elbow occurs, the most common symptoms are pain and a burning sensation in the outer part of the forearm and elbow that gets worse with activity, as well as weakened grip strength.

Fortunately, 90% of patients with tennis elbow will significantly improve with nonsurgical treatment alone, such as physical therapy. Physical therapists are movement experts who will first perform a thorough evaluation to identify the source of your pain and determine if any of your movements or activities may be contributing factors. From there, the therapist will design a personalized, evidenceâbased treatment program designed to alleviate your symptoms and restore your physical function with a variety of interventions.

19 studies are accepted into comprehensive review

A recently published study called a systematic review highlights just how effective physical therapy can be for this condition. For the study, researchers performed a comprehensive search for published literature that evaluated various physical therapy interventions for tennis elbow. This search led to 19 studies being accepted into the review, all of which were published in the last five years. Each study assessed the effectiveness of one or more physical therapy interventions, including therapeutic exercises, manual (handsâon) therapy, taping, orthotic devices, and painârelieving modalities like ultrasound, ice, and heat.

Results showed that the physical therapy techniques analyzed generally had a positive effect on patientsâ symptoms and helped to resolve the clinical signs of tennis elbow. The two interventions found to produce the most benefits were strength training exercises and manual therapyâincluding massage and stretching exercisesâboth of which also had a very favorable costâbenefit ratio. Most of the other techniques analyzed were also found to have positive effects on patients with tennis elbow.

These findings provide further evidence that many of the interventions frequently used in physical therapy are beneficial for tennis elbow by helping to alleviate painful symptoms. Therefore, patients who are bothered by symptoms that may suggest tennis elbow should strongly consider consulting a physical therapist for an evaluation that will likely lead to a comprehensive treatment program and an eventual path to recovery.